Opening the Vault: Revisiting Crypto Market Predictions from 2018 and How Blockchain Has Changed the World In Three Years 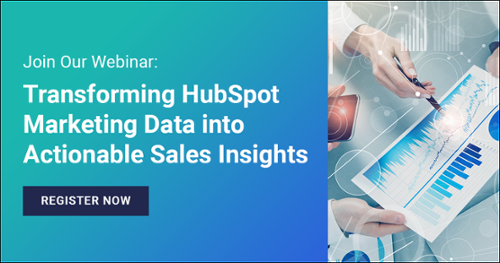 In 2018, Jim Kharouf wrote a post for Gate 39 Media titled Three Predictions for the Crypto Markets in Three Years in which he collected predictions about the crypto space from three panelists at the Executives Club of Chicago 2018 event, Bitcoin Boom: Defining Chicago’s role in the Digital Currency Movement event.

We decided to revisit these responses to see which ones were prescient and on-point, which ones missed the mark, and marvel at how rapidly the world of crypto and blockchain has blossomed into other areas of finance, commerce, and modern life over the past three years.

Sunil Cutinho, President, CME Clearing said, “The cryptocurrency space will have just a few survivors – two or three.” Plus, he added, “And with new underlying technology, we will stop using the term blockchain.”

While the often-misunderstood buzzword of “blockchain” (the cryptographically enhanced digital ledger that underpins Bitcoin and most cryptocurrencies) was predicted to go the way of the dodo in 2021, with The Verge also declaring in 2018 that the term is meaningless, it’s still a term broadly used today (albeit still in a ubiquitous manner).

And blockchain is pushing its way forward into big headlines – As an example, these few headlines were pulled from recent news:

From a technical perspective, not much has changed with Bitcoin over three years, but from the point of view of markets and infrastructure it continues to create new roads.

“Many people don’t realize that Bitcoin is fundamentally the same from a technical point of view in 2020 as it was in 2017. It will be the same three years from now, and beyond. It is not designed, at the base layer, to be tinkered with, have features added to it or changed to a different form,” Jason Deane, analyst at Quantum Economics, told Decrypt.

And according to NFX, token-funded startups will become more common and that traditional venture investors will have to be open to investing in tokens.

What’s more, venture capitalists have invested over $16B in blockchain equity since 2012, with over 3,000 deals in 8 years. Blockchain VC still makes up only 1% of the global VC market, but all signs point to an upward trajectory.

Peter Johnson, Vice President, Jump Capital said, “There will be huge amount of M&A activity in crypto, with crypto companies becoming so large, they will be the ones acquiring others.”

According to The State of Crypto M&A 2021, a total of 478 M&A transactions have taken place in the cryptocurrency and blockchain industry since 2013. Despite early concerns of a slowdown caused by the pandemic, 2020 saw a moderate (10%) increase in deal activity from 2019. The bullish market sentiment and private market fundraising dynamics are likely to lead to increased deal activity and competitiveness in 2021.

What’s Next for Cryptocurrency and Blockchain?

We’ve seen the emergence of non-fungible tokens (NFTs), a unit of data stored on a digital ledger, called a blockchain, that certifies a digital asset to be unique and therefore not interchangeable. NFTs can be used to represent items such as photos, videos, audio, and other types of digital files.

Then there’s Dogecoin, a joke — or at least it started out as one. Two software engineers created Dogecoin in 2013 to lampoon all the altcoin wannabes that popped up after Bitcoin rose to blockchain fame. As a logo, they chose a Shiba Inu from a meme called Doge, which went viral that same year.

Cryptocurrency market adoption continues to rise, but not everyone is on board.

While many publicly traded balance sheets are seeing Bitcoin added to them, according to The Motley Fool, the People’s Republic of China (PRC) has been cracking down on Bitcoin miners, driving Bitcoin’s price to a level about 50% off its 2021 highs as of 6/21/21. And now China’s PRC-controlled central bank has ordered Chinese banks and payment processors like Ant Group’s Alipay to help throttle cryptocurrency trading, according to a report by The Wall Street Journal.

So, at this point, all we can do is keep an eye on the digital asset markets, continue with the predictions around cryptocurrency into 2021, and if compelled, take the leap to become a market participant.

No matter how you cut it, having the phenomenon of crypto emerge as an asset class at all (and to rise as one of the top performing ones at that) as well as to witness how blockchain technology is permeating other areas of life, has made being a human on this planet just a little more exciting.

Personally, some of my favorite client marketing projects have revolved around cryptocurrency and digital asset investing.

Is your financial firm looking for new and innovative ways to market crypto products and services?